God loves those who constantly seek His face and walk with Him in obedience. His love radiates anointing to such people. God judges the heart and not the face or an outward show. So it was with the Jews in the days of Moses who died on Mount Nebo. He with love prayed a prayer of inpartation on Joshua. By the same token, Joshua sent out two men to spy the land of Jericho in Joshua 2: 1-24. They resided in the house of Rahab the harlot. It is obvious that the flow of anointing passed to Rahab in fulfilment of God’s promise to settle the Israelites on Canaan land. As people knew about the spies’ presence, they sought  to kill them in the house of Rahab.

Rahab planned a strategy for their escape and got them to vow to preserve her father’s household because she knew that the God of Israel had given them the Canaan land. The escapees gave her a scarlet token to tie on the window through which she let them down to escape into the mountain. Both parties kept to the vow to honor the God of Israel. The two spies reported back to Joshua thus: “Truly the Lord has delivered all the land into our hands” Joshua 2:2 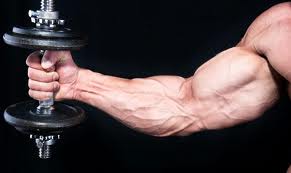 3a. Rahab’s father’s household was spared when Jericho was destroyed. The Jews up to that time were devoted and obedient to the God of Israel and HE never disappointed them. To love, trust and obey will cause  the door of divine guidance to open and lead to good success for genuine seekers.