There is no comparison between the Almighty God and idols. In order for us to separate the living God from the non-living or dead gods, it is necessary to actually clarify the concept of the Almighty God, for he is the Omnipotent and Omniscient, the self-existing, as well as the everlasting Sovereign God. HE is the “I am that I am”, the Beginning and the End. The living God cannot be seen with our naked eyes and yet we can talk with Him. He hears us, we feel Him. He speaks to peoples’ hearing at times audibly or quietly putting in our thought system. His greatest attribute is that of being eternal, from age to age, He remains the same everlasting Jehovah, the creator of heaven and the earth, the unchangeable changer as well as for us a conqueror of all evil forces that tend to militate against us.

Conversely, each idol or the dead god, from age to age continues to be the creation of man. An idol has ears but cannot hear, has eyes but cannot see, has legs but cannot walk neither can its hand be used to hold anything. Its movement is characterized by man moving it from one spot to the other. Above all, it is a physical representation of evil or Satan that delights in sorrow by seeking to steal kill and destroy as exemplified in John 10:10

The Almighty God gave the Jews the order not to have any other God beside Him, the God of Israel as contained in Exodus 20: 3-4. In the history of the children of Israel, we read that, anyone, and especially a King who fails to worship, obey and honor God  “YAHWEH” always succeeded. David was a case in point. He defeated Goliath because he convinced himself that the battle was God’s own and HE would never fail. The scenario instantly became a story of the unexpected. Overtly, there was no possible way a novice, an inexperienced young man like David could have dared to challenge Goliath, a veteran of so many battles without the help of the God of Israel. Jeroboam as king over the Northern kingdom with its capital in Samaria. He severed relations with the Southern Kingdom of Judah and Jerusalem and also created man-made gods for his people to worship to ensure his subjects did not have any connection with Shiloh or the temple in Jerusalem. His reign showed that he was desperately wicked and caused the children of Israel to sin. His act of rejecting God to embrace worship of idols was so sinful that it continued to be a reference point of wicked sin against God that led to their going into slavery once more.

Nebuchadnezzar was originally empowered by God to be able to enslave the children of Israel as punishment for their rejecting their God; but later became proud and self-conceited to the extent that he asked people to pray to him instead of God. He was punished at the peak of degrading the Almighty God, he was turned into a beast with hairy body and long nails. It was only when he got back to his senses that God restored him to his erstwhile position. His golden image could not save him as God dramatically saved the three Hebrew young men namely; Shadrach, Meshach and Abednego.

God is always faithful to them that have faith in Him. However, God never denies man any of the basic necessities of life like air, water, sunshine, moonlight, rainfall , fire and more. In affirming the foregoing, there is a common saying in a community that translates into; ” The rain has neither friend nor foe, anyone that is found on its path, it falls on him or her.” There are other specific needs of man which differ from person to person. These needs can be spiritual, physical or both. The satisfaction of these needs from God depends on ones interaction in faith-based prayer and fasting through Jesus Christ the son of the Most High to God’s throne of grace. In Lamentation 3: 22-23, we read. “It is of the Lord’s mercies that we are not consumed, because His compassions fail not. They are new every morning; great is thy faithfulness.”
Even though God remains faithful to man’s cause, it is man’s faith that wavers and doubts are known to set in, meaning that it is man that veers off course. Anyone that persistently doubts God will find it an uphill task to receive God’s grace. The wicked , satanic or godless people can prosper to an extent of making the world bewildered as to how and why such an undeserving person was ‘so blessed.’ The bible also explained that it is just a prelude to the damnation of such people. It is not biblical figures only that had and showed faith, the ultimate success of Abraham Lincoln in politics was a result of his unshakable faith in God. Mahatma Ghandhi of India had an unshakeable faith in the cause of gaining independence for India in 1946 and we believed God honored his

faith.The first President of America – George Washington demonstrated faith the way he commanded the U.S. Army to the point of fashioning a Republican Constitution for the United States of America. Chief Obafemi Awolowo of Nigeria, was imprisoned but the unshakable faith he had in God (that he would not die in prison) saw him released when a counter-coup took place in August 1966 and immediately became the Vice -Chairman of the nation’s Federal Executive Council, he also headed the Ministry of Finance throughout a thirty-month civil war without external borrowing to fund the war expenses. Such personalities in modern times demonstrated man’s faith being honored with God’s faithfulness to all that trusted in HIM.
Faith and faithfulness are very essential to the joy and happiness always observable in the life of true Christian believers. During the times of sorrow man’s faith in God prevents winding back from being deeply involved in serving the Lord. At times of joy a faithful believer never gets overjoyed. What we see in the life of successful athletes is that a lot of them over indulged themselves in the use of alcohol, sex or drugs. The end result is usually sorrow-filled retirement period for they would be no more be in position to sustain the life-style they have created for themselves when they were earning big money. We learnt about having faith in God from bible characters like Abraham, Isaac, and Jacob as revealed in Hebrew 11: 1-32. This passage also alluded to other people like Enoch, Abel, Moses, (God called the most humble man that ever lived) who also doubled as the deliverer of the Hebrews from Egypt after 40 years of slavery. The bible alluded to the principles behind the faith the characters had: “Now faith is the substance of things hoped for, the evidence of things not seen. For by it elders obtained a good

report. Through faith we understand that the worlds were framed by the word of God, so that the things which are seen were not made of things which do appear.” (Hebrew 11: 1-3) (KJV).
From Social Science perspective, psychology teaches having faith in oneself to such an extent that it serves like a pillar of strength. It invigorates anyone who can trust that if he or she believes something is achievable, problem being tackled is half solved. This is not to say that contemplating doing evil can be treated like planning or attempting to do good. The center piece of a born again Christian is making effort to please God and anchoring such on Christ’s righteousness. 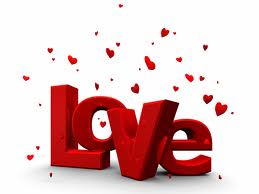 God isn’t a robot the way in which HE answers prayers.

Everything that man does has technique or right methodology to guarantee success. Man inherited this from our creator. There is a set pattern of nurturing a child before becoming a worthwhile adult. For prayers to strike the right cord or resonate with the will of God, the person saying the prayer must be certain of things. These include knowing that as a Christian one must know the importance of prayer to a believer. It is the sure source of conversation between man and God. Though man cannot see Him, He is all eyes and ears. Seriousness in prayer raises it to divine level.It is a potent weapon for fighting physical and spiritual wars. In simple language, it is man’s SOS to his maker. 1 Samuel: 12-15; Jeremiah 33: 3; 2 King 19: 4-5; Act 12: 5

We can always ask God to increase our faith in Him. Lastly, we need to intensify talking to ourselves and others about faith-based prayers in this scientific age. Science is being regarded as the be all and end all. What we lose sight of is the fact that scientific discoveries are things new to man but are the next level of God’s release of a tiny speck of his knowledge to ardent seekers. The discoverer can only discover what had been put there, whether tangible or not, visible or invisible. It is only those given or blessed with the uncommon knowledge that can bring it forth to the attention of humanity

Working together in brotherhood is pleasing to God

All bible believing faithful christians or born-again christians, and those who believe in the sovereignty of the Almighty God would agree with me that being ones brother’s keeper carries along with it the grace of God on all beyond the two individuals, societies, communities and nations of the world. In the absence of brotherly love in the home, offices, political arena or government circles the tendency is to substitute crises for Christ. There would be many a “rumble in the jungle” or simply put “much ado about nothing”. We miss the point of peace if we fail to be our brother’s keeper.

Is it not possible for religious faith to guide action in public or private or to thrive in our political equation and realities? Do we trust in God’s hand directing man’s affairs? Therefore, a brother’s keeper is not expected to pull down political opponent(s). However, it seems the contrary is the in-thing. It appears that when there is no intrigue, unhealthy rivalry, and or campaign of calumny participants seem to hold the view that nothing is moving. It serves no useful purpose to engage in character assassination thinking it would be to ones advantage, We need to remind ourselves that what one sows one would surely reap. The parable of the tares (weeds) and the wheat is a practical reminder or lesson on what became of the weeds disturbing the wheat, Matthew 13: 24-30; Mark 4: 2-20; Luke 8: 4-15.  Severe criticism rather than critiquing for progress is always counter productive. May the good Lord deliver us.