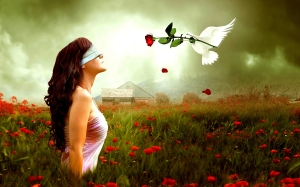 Be truly true to self and all

As usual, in consideration of genuine love of God and ones neighbor or loving ones neighbor as oneself “The Fig Tree Phenomenon” calls for our attention to saying one thing and not truly being exactly that which was said or professed, Mark 11: 12-14. Jesus was in a hungry mood and needed food. The fig tree , not in season is not expected to be as richly green as to suggest that fruits abound. Jesus condemned hypocrisy as represented by the fig tree’s deceptive appearance when in fact it had nothing to offer as succor to the needy. it is a common situation among us as it has ever been.

The scenario is that of false or illusionary hope which can only end in anguish. There are people by their sweet words would appear they have answers for all problems whereas they have none, Such people position themselves in conspicuous places as if poised to help whereas they do not have the means. II Sam. 18: 1-29. This was the case of Ahimaaz the son of Zadok. He outran Cushite without having news to bear to the king, of course , he was set aside, as against Cushite who brought the true tidings of quelling the palace coup involving Absalom the legitimate heir apparent who failed to comport himself and could have waited for God’s time to crown him as king of Israel. It was clear David loved him but Absalom for unscrupulous reason assumed what he was yet to become. His ambition failed to be realized. We must beware of  “The Fig Tree Phenomenon”.