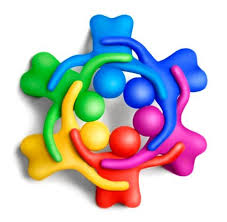 Love of Christ is love of God

Love locks the gate of hell against the lost loved one who the Lord used to revolutionize the spread of the gospel. This statement summarises the love of God on Peter the rock on which the Church of Christ was built, on one part Matt 16 : 18. On the other hand, the love of God figured out who HE had equipped mentally, psychologically and educationally with high-profile social status to lead in propagating the gospel to both the Jews and the gentiles. Saul of Tarsus was he that God was instructing Peter not to reject as part of his team (Jesus’ disciples) Act 10: 10-20 (NKJV)

It is just human for the disciples not to want to accept Paul based on the persecution they have been suffering. In view of Jesus earlier declaration that says: “With men this is impossible, but with God all things are possible” Matt 19: 26B (NKJV). God networked Ananias (who baptized Saul and laid hand on him to receive his sight), Judas in whose house Saul stayed for three days along the Street called STRAIGHT Act 9: 10-19 (NKJV), Barnabas in Jerusalem and lastly Peter. God told Peter in a trance that he should not reject anyone who God had cleansed Act 10: 13-15 (NKJV). It is the love of God, all must believe, that binds us together. HE, the Almighty God possesses the sovereign power to choose who to use as vessel of honor like Paul the Apostle.